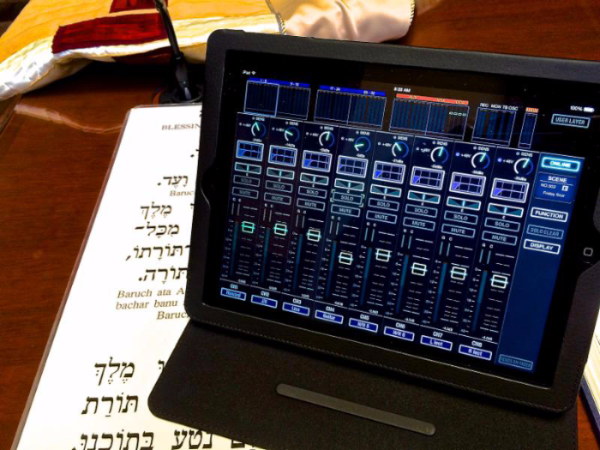 With today's ever changing technology, the user's expectations for customization and control is always increasing. Through the use of tablets and cell phones, we live in a world where there is an app for everything. With this idea in mind, Shanahan looked to integrate wireless app driven control into the realm of traditional sound reinforcement.

Each temple utilized nearly identical consoles and speakers but it's the way they were implemented that made each space unique and tailored to its each individual temple's needs.

At the hub of each system sits the Roland M200i console. The 32 channel mixing board has the expected appearance of most mixers but becomes much more with the integration of an iPad. User's gain the ability to dock into the mixer wirelessly and control almost all parameters of the mixer within the app designed by Roland. 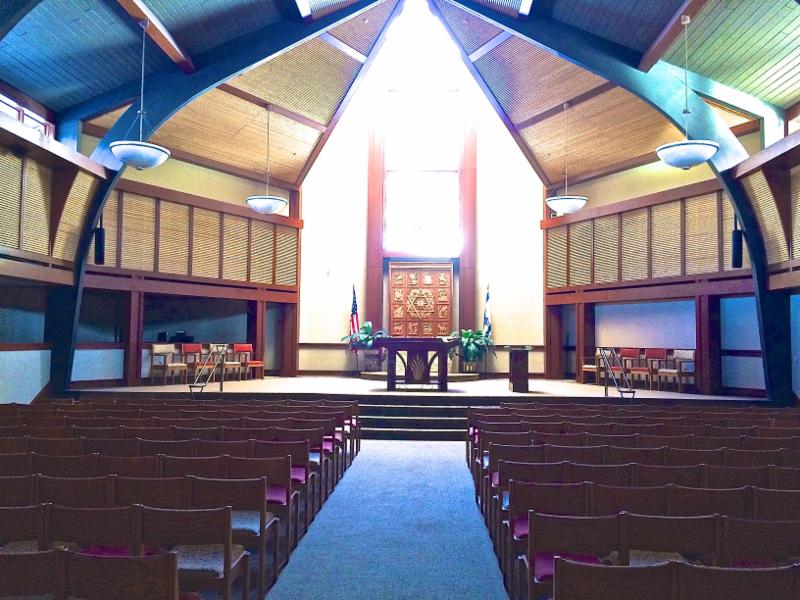 With this added flexibility and freedom, the mixing board becomes virtually mobile. It allows for the mix position to be anywhere within the
room. This key feature was a perfect fit for the Temples' High Holy Days when the room configuration is often drastically altered to accommodate larger gatherings. Rather than running cables and moving equipment, the configured M200i makes it as simple as carrying an iPad across the room.

Along with the addition of the iPad control, Shanahan further enhanced the systems with discrete speakers, premium processors and amplifiers driving the

systems. Symetrix and DBX signal processors added the final touch to the Temples by shaping the sound to each unique room shape and routing the signals to all of the speakers throughout each space.

Feedback from all three of the Temples has been nothing but positive. The freedom to move about the Temple while controlling the entire mixer stands out as the key point of satisfaction from our end users. With this new foundation for redesigning the traditional house of worship sound system, Shanahan looks to the future and continues to further integrate more wireless control throughout New England.